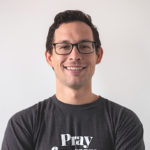 The more visitors you get to your political campaign website, the better, right? To maximize your visibility, make sure your political digital marketing strategy includes search engine optimization (SEO). Political campaign SEO can increase site traffic by helping you appear in the searches that resonate most with your constituents. Learn more below.

Most modern politicians understand the power of search engines and how they can influence the public. A 2015 study by the American Institute for Behavioral Research and Technology concluded that “search rankings can shift the voting preferences of undecided voters by 20% or more”. Some are calling for the government to curb this influence. Others say that the algorithms are tilted against them.

However, despite this knowledge that search engines are important, political campaigns continue to be woefully inadequate when it comes to using search engines to their full marketing potential.

SEO appears to be an afterthought for many politicians and their staff. It’s looked at as part of the political environment that’s just “there”. In reality, it could hold the keys to unlocking crucial new or under-appreciated voter outreach opportunities.

How can a political SEO strategy support your goals? Below are just a few examples:

Maybe the most obvious benefit of political SEO is that you control your own identity online. When a voter Googles a politician’s name, they almost always expect the official website to be one of the top results, if not the first result. If it’s not there? You’re at serious risk of someone steering the online conversation surrounding your candidate into an uncontrolled environment.

An extremely visible example of this happened recently when Joe Biden’s official website joebiden.com was outranked for the term “Joe Biden website” by the far-from-flattering parody site joebiden.info:

Biden’s official website has recovered to obtain the top ranking (likely due to some quick SEO work), but this is still an embarrassing misstep that never would have happened with proper keyword research services supporting important branded terms and real-time position monitoring. When the stakes in your political campaign are high, there is no excuse for allowing someone else to capture branded traffic for your candidate’s name.

It’s no secret that the words that politicians choose to use are carefully selected. There is an art behind the psychology of political word choice. Depending on the voter you want to appeal to, the right (or wrong) word choice can be the difference between your proposal being viewed in a positive or negative light.

One charged political word theme is “socialism” and, specifically “democratic socialism”. While sharing common themes, these two words are very different in practice. The “democratic” variant is one used frequently by Bernie Sanders. Not coincidentally, public interest in the term peaked during early 2016 when he was making a push for the Democratic nomination:

We can also tell from Google’s autocomplete suggestions that this term continues to follow Bernie’s identity closely:

With all this in mind, one would think that there would be a dedicated “democratic socialism” page on Bernie Sanders’s campaign website focused around the term and how it relates to Bernies message.

Unfortunately for Bernie’s team, this appears to be a blindspot in the campaign focus:

There is a page that does mention “democratic socialism”, but it is hardly the type of cornerstone content one would expect on a candidate’s website for one of the most important defining features of their campaign.

With a properly optimized piece of long-form content around democratic socialism, what it is, and how it relates to Bernie, the campaign would likely garner important keyword rankings. This gives them a headwind towards shaping the conversation about the term online and how it relates to their candidate. Without it? A missed opportunity in the competitive political landscape.

Candidates also have the opportunity to go after voters that are “high in the funnel” by targeting keywords most people might not associate with them by default. Keywords related to core campaign platforms are a golden opportunity for informing the public about a candidate’s specific beliefs.How would this work? Let’s take the example of the keyword “student loan forgiveness program”. Due to the issue of student loan debt for many Americans, Elizabeth Warren has been a strong proponent of a student loan forgiveness policy to erase student debts. It has become one of her most popular campaign issues. This is also a keyword with strong search metrics which shows it will matter to many Americans:

Considering the situation, you would expect a dedicated page on Warren’s campaign site discussing her specific policy proposals. Instead, we see this:

There is a specific page talking about her combined beliefs on free college and cancellation of debt, but the page is not keyword optimized to target what the public is actually searching for on the topic. The result is a URL with 0 keyword rankings and 0 organic traffic:

The kicker: Warren’s campaign has already identified this opportunity! They’re currently paying for the #2 ad slot on the Google SERP:

Now, even with a strong web page ,Warren would need some proper link equity and technical SEO to rank for “student loan forgiveness program.” The keyword is competitive. But there is no reason they should not at least be giving this a shot. When considering the type of PR talent at their fingertips, it isn’t hard to imagine Warren’s official “student loan forgiveness” page becoming a link magnet with a slick redesign and publicity campaign.

Also, in a similar twist to Bernie’s “democratic socialism” keyword, there is a branded opportunity that is being missed as well. “Elizabeth Warren student loan policy” is the 7th most popular auto-complete suggestion from Google for her name:

Her page that ranks? A student loan calculator page hidden on page 2 behind a multitude of articles from news sites.

No candidate would ever want to cede their chance to talk directly to voters about their beliefs on hugely popular policy matters. But, due to a lack of search optimization, the Warren campaign is doing just that.

Keyword rankings, search volume, and backlink numbers are the “sexy” metrics in the world of SEO. But sometimes what really matters is the basics. Is your website being indexed at all? Are things fundamentally broken? Recalling the Joe Biden website shenanigans from earlier in the post, sometimes the easy stuff gets overlooked.

Of course, that only happens with politicians that are bad with technology, right? Let’s face it, Biden is a politician from an era when websites weren’t required. The new political platform of the internet is hardly his stomping ground and we can excuse some technical issues on the website. This isn’t something you’d run into with a politician who’s versed in using cutting-edge technology to their advantage.

Not so fast. The extremely digital-savvy rising star of the Democratic party Alexandria Ocasio-Cortez seems to have had some basic problems with her own website. While they aren’t as dramatic as Biden’s political campaign SEO missteps, the issues still highlight the need for basic technical SEO knowledge when guiding a politician’s online presence.

The main issue with the site is homepage rankings. A search for the term “Alexandria Ocasio-Cortez” shows her main website (https://ocasio2018.com/) ranking 3rd for this term:

This may or may not be ideal (Wikipedia was taking the #1 spot), but it is by no means a crisis. However, there’s a different situation when searching for “Alexandria Ocasio-Cortez website” (as many people do when they want the politician’s specific site):

The above situation is hardly ideal. However, results may vary on this search result. I did this same search a day before writing this article and had the official website in the top 5. With that in mind, I don’t feel comfortable saying that the site has serious problems.

But, I do believe Google is at least slightly struggling at giving AOC’s website the positioning it deserves for an obvious branded search. Ahrefs’ history graph also shows some strange dips below page 1 for the original name keyword:

Digging further into the technical issues of the website, there are some obvious holes. For one, the HTTP version is being redirected to a completely different domain:

That domain happens to be an exact copy of her main site. And one which is fully indexed by Google:

A quick search of this specific app shows that this is likely the site’s dev environment. Maybe one of the most basic technical SEO problems, duplicate content via an indexed dev site, could be holding back the visibility of a technologically savvy political star. Is it a guarantee that the duplicate dev site is causing the inconsistent ranking of the main domain? Seek out an SEO audit service for the best answer to that question, but nonetheless, correcting that issue is a matter of technical housekeeping.

This lack of technical optimization is a problem on both sides of the aisle. Former President Trump’s popular online store is full of broken backlinks from individual items that 404 instead of being redirected to relevant, live product or category web pages:

Technical SEO maintenance doesn’t need to be a 24/7 focus for the modern political candidate, but it should be a part of their overall strategy to find and fix problems before they cause serious damage.

While the majority of this post has concentrated on opportunities for national-scale politicians, I would like to make it clear that local politicians can benefit from SEO as well. Be it on the State, City, or County level, there will always be searches related to local offices, issues and elections for politicians that are open-minded when it comes to digital opportunities.

As a resident of Seattle, WA, my local Senator is Patty Murray. Google knows this instantly when I search for “seattle senator”:

That GMB listing is nice, but Senator Murray’s actual campaign website is curiously absent. Instead of showing up above the fold, it’s out of sight in position 31:

This one’s a no-brainer. Patty Murray is the “seattle senator” and would likely have no problem ranking in the top 5 with a proper keyword strategy on either the homepage or a targeted subpage (since she represents more than just Seattle).

This low-difficulty localized SEO is a gold mine for candidates and elected officials alike that want to maximize search presence. Even better, because these are highly specific long-tail keywords, they’re far more likely to get in touch with someone who is from their area. The reality of high-volume keywords is that, while they get a lot of traffic, it may not be the right traffic. Political SEO keyword targeting based on localized searches will always be better when it comes to attracting a politician’s real target: eligible voters.

Are you ready to dominate the first page of Google and bring more visibility to your political campaign websites? Our SEO agency’s team of award-winning strategists are ready to begin the Political SEO conversation for your website. Contact us for a free SEO consultation.