Tithe.ly makes giving to churches and ministries easy. Generally, in a church, you pass the plate, and people put cash or a check in the plate to give to their church. Tithe.ly took that process and made it digital so people can give from their smartphone.

For Tithe.ly’s Co-Founder and CMO, Frank Barry, the only SEO outcome that matters is that it helps achieve their business objectives. More specifically, is the SEO boosting the number of signups? In Tithe.ly’s industry, it’s less about page rankings than it is about the number of users, so Victorious customized our SEO strategy and reporting get Frank the signup results he had been looking for with other agencies.

Frank knew that Tithe.ly needed to focus on search but didn’t have the capacity to do it in-house so finding the right SEO agency was imperative to their growth and getting their app recognized. As a small technology startup that was looking to make a significant impact as soon as possible, Tithe.ly found a partner in Victorious that really understood what they were doing and where they were going. 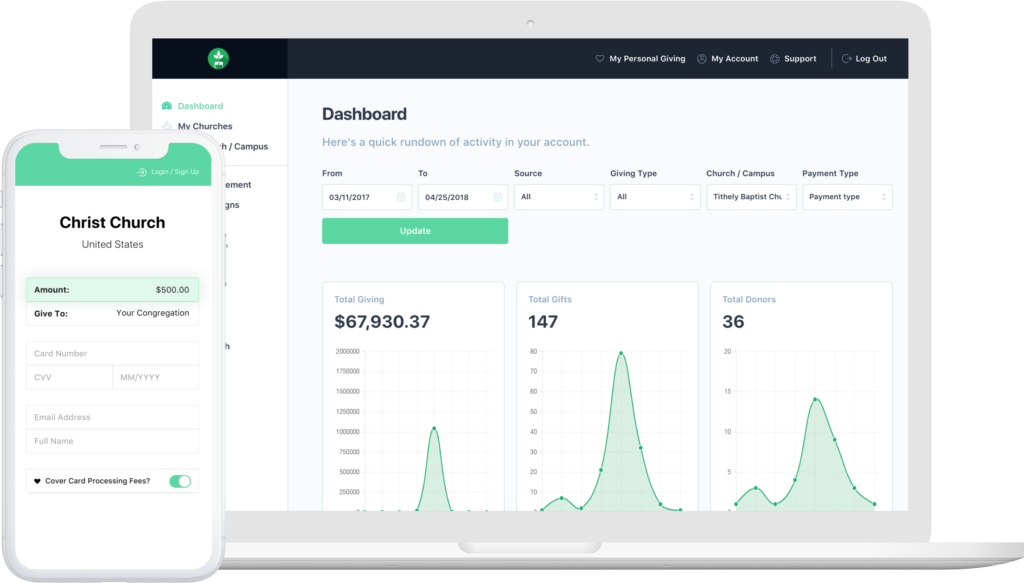 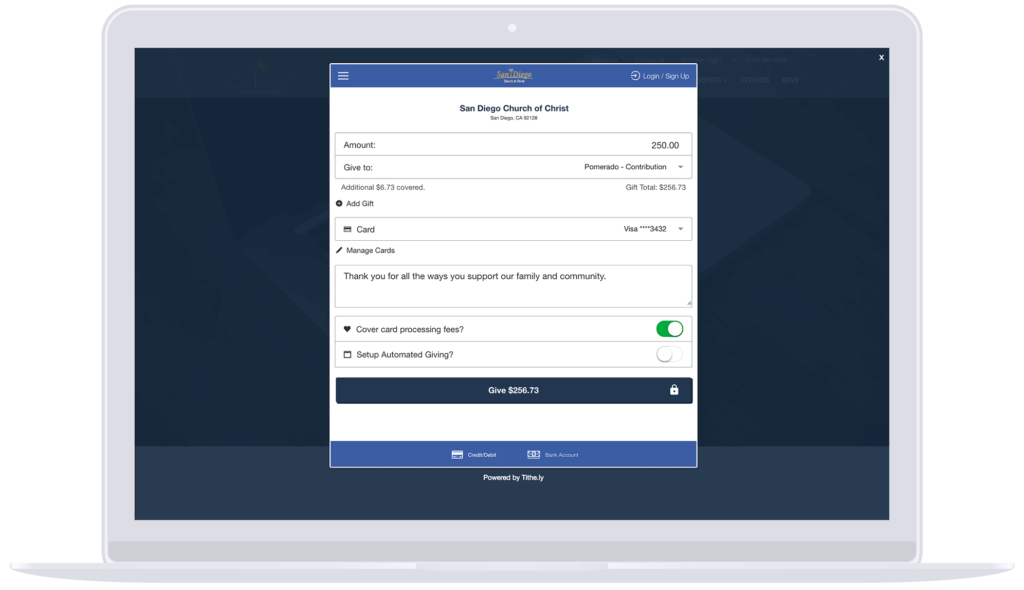 At Tithe.ly, Frank plays two primary rolls, business owner and marketing guru. Most people would assume he approached the relationship with Victorious with his marketing hat on, but in fact, he was all business. He needed a partner that could improve Tithe.ly’s organic search results to increase signups.

Victorious’ first step was to overcome 17 major obstacles and issues on the Tithe.ly website to improve organic performance on the site based on the first 200+ Point SEO Audit. Once that step was done, Victorious began to lay the groundwork for long-term SEO success by establishing targeted backlinks and inbound social media links to show Google that Tithe.ly is an established brand with brand awareness.

“For me, and for Tithe.ly, search is something that’s evergreen, it’s always going to be there, and there is always going to be people searching for things that matter to them, so it was really important that we were showing up. Our whole business is built around an inbound model, so search is a big component and channel of people finding us.”

But it didn’t stop there. In their first month with Victorious, Tithe.ly set a record for most organic sessions in the site’s history; a 513% year-over-year increase in traffic. Tithe.ly used these SEO wins in the first month to continue to leverage further successes with Victorious. Essentially, they created an established, authoritative software brand through smart SEO strategies and absolutely no outbound marketing department.

What we achieved with Tithe.ly

Fast forward to today, Tithe.ly has seen a 200% increase in organic social signals, 300% increase in syndicated content, and for the first time ever, Tithe.ly outpaced its biggest competitor in both ranking keywords and organic clicks.

You might be wondering by now what Frank was wondering – is the SEO increasing the number of signups? The short answer, yes. The long answer and the reason we are all here, Tithe.ly has rapidly expanded its account creations to 500+ per month and continually growing, church account creations average around 235 per month, and completed signups increased to 440+ per month and rising plus 99%+ of the completed signups refer a friend.

In Victorious’ most recent competitive analysis, Tithe.ly had surpassed its biggest competitor in every organic metric to make it the leading software in its niche Church Management market.

Tithe.ly has experienced organic search growth across the entire SEO board which has made Frank happy because the organic search traffic has led to more user signups and built Tithe.ly’s authority in its market. Each month, Tithe.ly manages to beat its last month in total keyword rankings, keywords in the Top 3, organic clicks, and organic impressions. We’ve also set a new record for most monthly organic sessions in the site’s history for seven consecutive months – and the plan is to keep the momentum going. 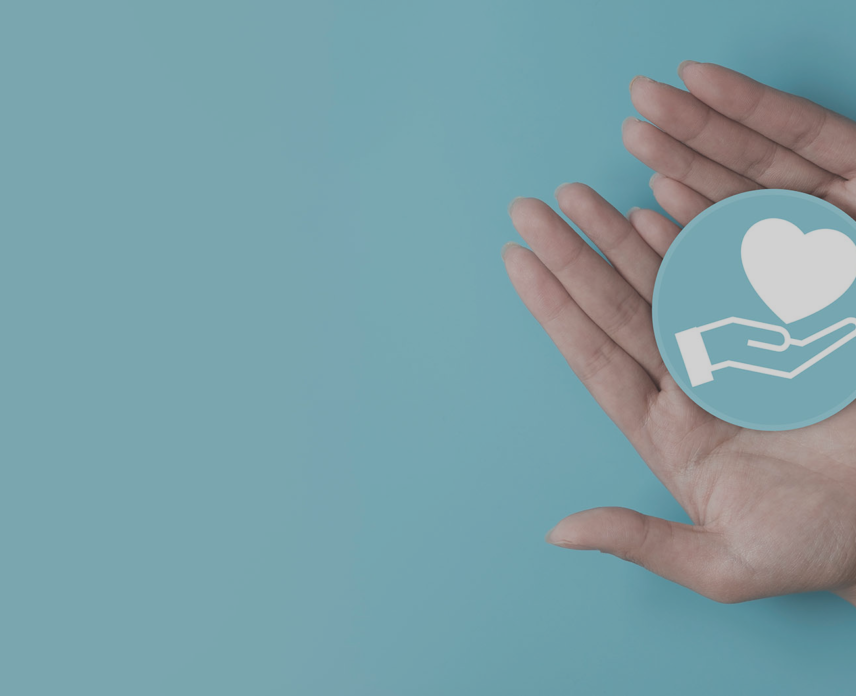 Gains like these — achieved in a saturated metro area, with a limited budget — are a testament to the power of SEO. 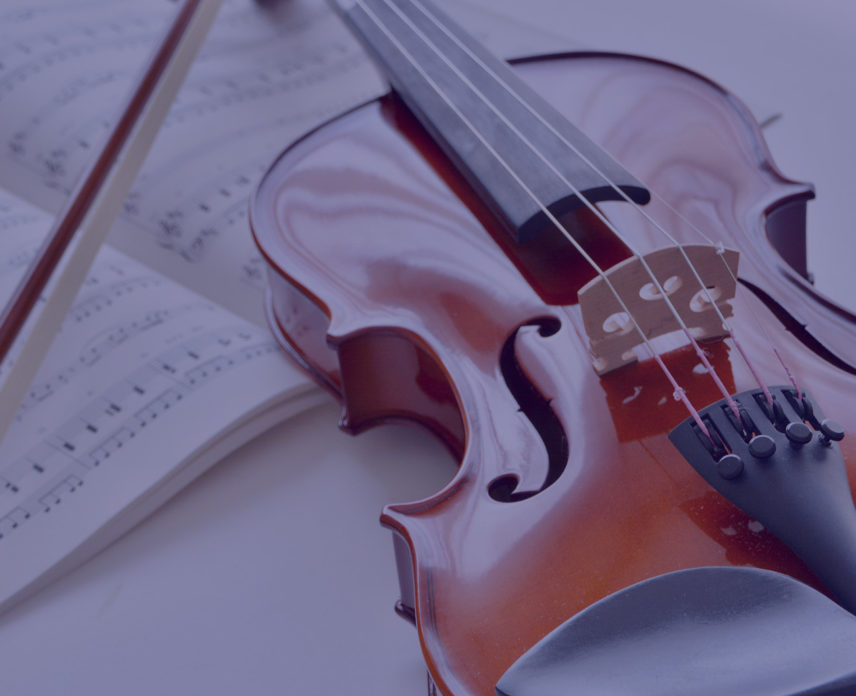 Save The Music Foundation
#1 Rank for “music foundation”

We have tangible results that have resulted in new donations and partnerships for our organization.

The results speak for themselves. With SEO, you get what you pay for. They really know the industry and can do SEO the right way.